A lot of people dream of seeing so called Big Apple at least once. Millions of tourists from all over the world come to see that well known American city. New York is really astonishing.

One of the greatest reasons of its fame is the skyline. Tall constructions started to modify it over a century ago, until the Manhattan Island was nearly filled with them. For some people it can be difficult to imagine trees among 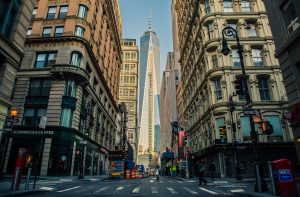 skyscrapers. But here the huge area of Central Park neighbours with magnificent constructions made out of concrete and glass. This view is impressive, especially from the top of some skyscraper. This park is the heart of Manhattan. It is the place where a lot of people rest among numerous tress or on meadows and kids are having fun at playgrounds. In winter there are two rinks here.

Many things for free

There is a possibility to see a lot of places without paying here. For example, the Staten Island Ferry offers a free cruise. During this trip passengers can admire the Statue of Liberty and buildings of Manhattan. In New York some museums can also be visited free of charge. There are usually some days or hours when free visiting is possible. In summer, the concerts and other cultural events in parks are also admission-free.

While being in that city, it is easy to see many places where legendary film scenes were shot. In numerous films the whole action took place in New York. Why? Maybe because of the fact, that this city is well know around the world. Times Square, Statue of Liberty, Brooklyn Bridge, American Museum of Natural History – who does not recall these points? Moreover, NY was one of the prototypes for some fictional cities (e.g. Gotham City).

Besides the points mentioned before, there are many other important landmarks here. For instance, the Brooklyn Bridge, which connects Brooklyn with Manhattan. Its length reaches 1,84 km. Since 40 years ago that 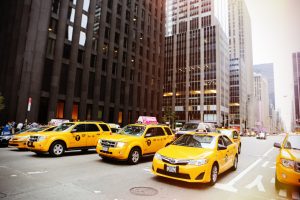 construction is registered as an architectural heritage. Besides lanes for cars, it has a footbridge. Another interesting point in New York map is Wall Street – the street in financial district, where the famous stock exchange and Museum of American Finance are located. Performance lovers should also go to see a show or musical on Broadway.

It is almost impossible to be bored in NY. The broad cultural offer and the plenitude of museums, monuments and interesting constructions causes that anyone can find his own way here.