The capital of Austria is one of the most beautiful cities in entire world. That is why millions of travellers are visiting it each year, looking for amazing monuments and a lot of fun. If you are thinking about longer weekend in some place nice, you should consider to travel to Vienna. This interesting city has a lot to offer to any type of tourist.

Even if Austria is situated close to Poland the nicest way to get to it capital is by plane. Thanks to cheap airline companies we are able to travel to Vienna cheaper than by train, and journey is a lot faster and more comfortable. But if you are interested in the best prices try to organise the trip fast enough. About six month before the flight you can get even two times smaller price. 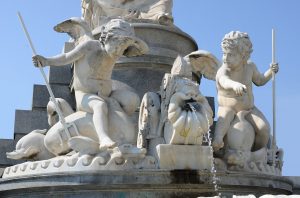 You can book the ticket on the website of carrier, or use one out of many portals which are offering flights. Also, do not forget to book accommodation. Vienna is expensive city, so you should try hostels, they are situated in the centre and you won’t spend a fortune on that. But remember, plenty of hostels are offering rooms for many of people, so there is an option you will stay with strangers. Another good idea is to rent a private flat, using special website for that, it could be even cheaper than hostel!

The city of Secession

Vienna was main quarter of artists, which were specialised in secession style. The most popular is Gustave Klimt, popular because of his paintings, covered in real gold. In the capital of Austria you can visit museum of Klimt, were most of his pieces are situated. Also, in the centre of Vienna you can find House of Secession. This museum has architecture and interior design from this amazing style of art.

During war day in Vienna you can visit one out of many parks situated in there. Start in Wiener Prater, one of the oldest amusement parks in entire world. It main attraction is Big Wheel, from top of it you will admire amazing panorama of the city. But the most popular aspect of Vienna is it architecture. Don’t miss the Belvedere Palace, amazing building from the late eighteenth century. Another great piece from this style is Schonbrun Palace, situated in 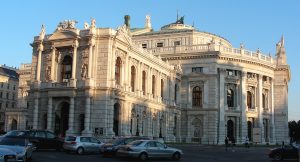 the centre of the city. If you are admirer of sacral architecture, go for a tour to Saint Stephen cathedral, astonishing, Gothic church, with Baroque interior design. In Vienna, you should also visit zoologist garden, one of the biggest objects like that in entire Europe. You will see in there many of exotic species, like lions, elephants and giraffes.