For every person, who is interested in various architecture styles, the visit in Austria is obligatory. The capital city is being admired by thousands of tourists every year. It takes some days to see the whole brilliance of it, but during the short trip the most important places can be seen. What is worth visiting?

First place which is really impressive is Hofburg – the palace, occupied by the emperors in Vienna. It is divided into several parts, the oldest one was built in 13th century. It 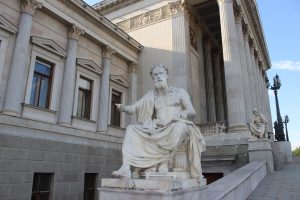 was one of the most important political centres, the residence of the Habsburgs. Now one part of it is the headquarters of the president. The palace is located not far from the old city. Because of its size (more than two thousand rooms), it takes some time to visit it. The other residence of Habsburgs was Schönbrunn. The Emperor Franz Joseph with his wife Sissi were living there. Nearby the palace tourists can admire the magnificent park with some monuments and sculptures. More: https://www.lot.com/airline-tickets/cheap-flights-from-london-to-vienna

While visiting Vienna, seeing the St. Stephen’s Cathedral cannot be omitted. Located in the oldest part of Vienna, it is one of the biggest churches in Europe and the symbol of the city. It is designed in a Gothic style and was built gradually between 14th and 16th century. In the crypt the emperors of Austria are buried. Another interesting building is the church, built in 1713 – St. Charles’s Church. It represents the top achievement of baroque style, it has a magnificent dome. One more interesting church, built in Neo-Gothic style is the Votive Church. It was erected as a thanksgiving for rescue of the Emperor Franz Joseph from assassination attempt.

Not only museums and architecture

Vienna has a lot of places, in which people can get some rest. In the City Park, the statue of Johann S 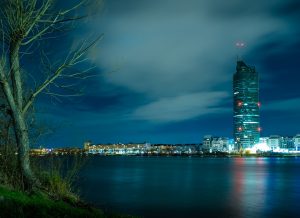 trauss – the famous composer is worth seeing. Also, the clock made of flowers can be admired here. In the park there is also a small lake. Another place is People’s Garden, in which the wonderful roses can be seen. To get some more entertainment, the trip to Prater – the large amusement park should be planned. Here stands the Giant Wheel, constructed more than a hundred years ago. The breathtaking views from it are guaranteed.

The capital city of Austria offers a lot for visitors. It is definitely worth visiting – not only for one day, but for far longer time. Vienna astonishes for the whole year, but the best time to visit it is probably the spring. It is not the peak of the season and it is warm enough to take pleasure in strolling down city streets.