If you do not enjoy your stay in London or Paris, it is the highest time to change it and travel to a place that is much different than overrated European capitals. One of the places that is completely different and charming at the same time is Cracow, a Polish city placed on the banks of the River Vistula in the southern parts of Poland. It is the Polish city that is the most frequently visited by international visitors. The city is full of interesting landmarks to go to that will help you to get to know the history of the city better. It is worth to underline that Krakow was the second capital of Poland. During this time, Poland was very well-developed country.

What to see in Cracow? 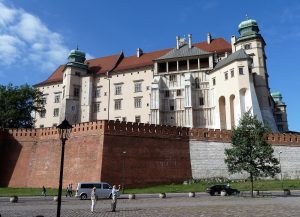 Market to purchase some souvenirs and Polish jewellery made of amber from Baltic Sea. Another tourist attraction is placed just under the Market Square. It is the Rynek Underground Permanent Exhibition dedicated to the history of the city from very early moments. The next stop of your tour around Cracow should be the Wawel Castle. It is one of the oldest medieval castles that can be visited. It is placed about one kilometre from Cracow’s Market Square. The tourists may admire numerous chambers that look exactly like in past. The castle is an excellent place to learn more about Polish history in an interesting way.

How to get to Cracow?

Every international tourist should consider travelling by plane as one of the most popular mean of transport and the fastest one, too. The city is served by Krakow-Balice Airport. The airport is named after John Paul the Second, the Polish Pope who landed at the airport during his journeys to Poland. The airport is located qui 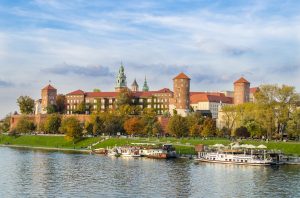 te close to Krakow City Centre and it takes about fifteen minutes to reach the city centre by special train that goes to Krakow Main Station. The airport serves numerous flights daily. It serves mainly European destinations but there are also available popular intercontinental routes to Chicago and New York carried on the board of the national airlines. During summer, the passengers may select the seasonal flights to popular summer destinations such as Athens, Malaga, Korfu and Malta.