Moscow is the capital city of the Russian Federation and the most populous city of the country where lives about 12 million people. The city is located on the edges of the Moscow River in the central part of the Russian Federation. During visiting the city, every holidaymaker will definitely notice that the city is a centre of fashion, culture, entertainment and political life. The city has a lot to offer for the travellers and this article will provide some simple knowledge on the city.

The landmarks of the city

During visiting Moscow, it is definitely worth to start with the Red Square that is located in the heart of the city. It is the real landmark of the city and the must-see of every tour around the city. At the Red Square is also placed the Moscow Kremlin – the current residence of the President of the Russian Federation – Vladimir Putin. The Red Square and Kremlin are the UNESCO World Heritage Sites. It means that they have been noticed not only by the Russian tourists by also the experts from other countries. The second place 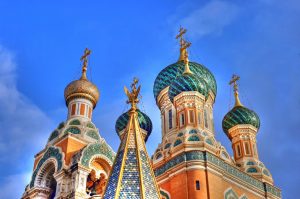 worth visiting in Moscow is the Lenin’s Mausoleum. There is placed the embalmed body of Vladimir Ilyich Lenin – the founder of the Soviet Union and the key person in the country. The Lenin’s Tomb is available for the visitors from 10am to 1pm on Monday, Wednesday, Thursday and Saturday. The entrance is free of charges. What is more, it is also worth to visit other spots of the city, for example Saint Basil’s Cathedral, the State Historical Museum, The Iberian Gate and Chapel and many more interesting places that will help you to understand the Russian culture better.

How to get to Moscow? 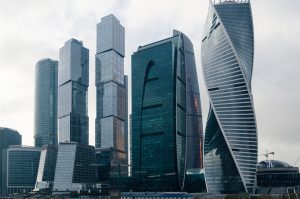 Moscow is Sheremetyevo International Airport that is located about 29kilometres/18miles from Moscow City Centre. It is the busiest airport of the Russian Federation that serves about 32 million passengers annually. The airport provides direct flights to the most popular destinations in Europe, Asia, North and South America as well as in Africa. It consists of six terminals divided into south and north and two runaways. The airport also serves cargo.